Skytra MTF has applied to the UK’s FCA for authorisation to operate a ‘Multilateral trading facility’ as per Art 4(1)(15) MiFID II. Skytra MTF will operate a Central Limit Order Book, a Request For Quote service and a Process Trade service, the latter to permit Skytra MTF Participants to register pre-arranged transactions in Skytra contracts on the trading venue. The documents provided here detail the nature of these services, Skytra MTF’s rules and the futures and options contract specifications (defined as C10 derivatives as per MiFID II Annex I Section C) that will be admitted to trading. Further documents, particularly those relating to Participant connectivity and application, will be provided in due course.

Skytra’s innovation is in its proprietary benchmarks that underlie the financial instruments traded on the Skytra MTF. As such, Skytra deliberately provides familiarity in relation to its market model, trading technology, procedures, rules and contract specification. Skytra’s MTF will operate on its own separate instance of Nasdaq Market Technologie’s NFF platform located in Nasdaq’s datacenter in Sweden. Skytra MTF will manage the venue’s operations including; performance, functionality, surveillance and compliance, with all trades in Skytra contracts being cleared by Skytra’s central clearing counterparty, Nasdaq Clearing AB. The diagram below illustrates Skytra MTF’s market model and the engagement of its members, their customers and the CCP and its Clearing Members. 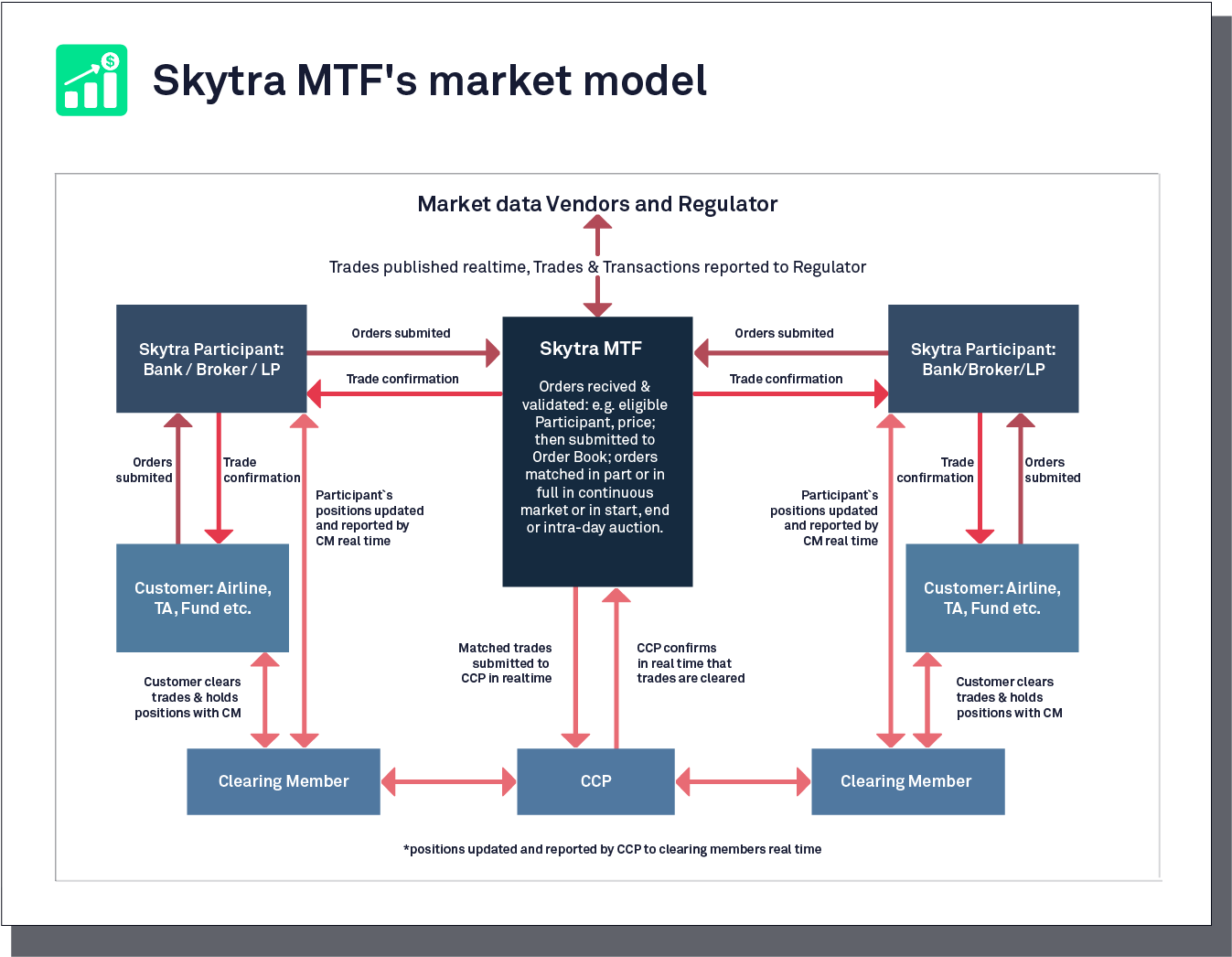 Skytra Limited is currently applying to the UK FCA for registration to act as a benchmark administrator and authorisation as an Investment Firm operating as a Multilateral Trading Facility. Skytra Limited is a wholly-owned subsidiary of Airbus, and is a company incorporated in England and Wales under registered number 11984828. This presentation is for information purposes only. None of the information concerning the services or products described in this presentation constitutes advice or a recommendation of any product or service. To the extent that the information provided in this presentation constitutes a financial promotion as defined by section 21 of the Financial Services and Markets Act 2000, it is only directed at persons who qualify as Professional clients as classified by MiFID II. © Copyright Skytra Limited.